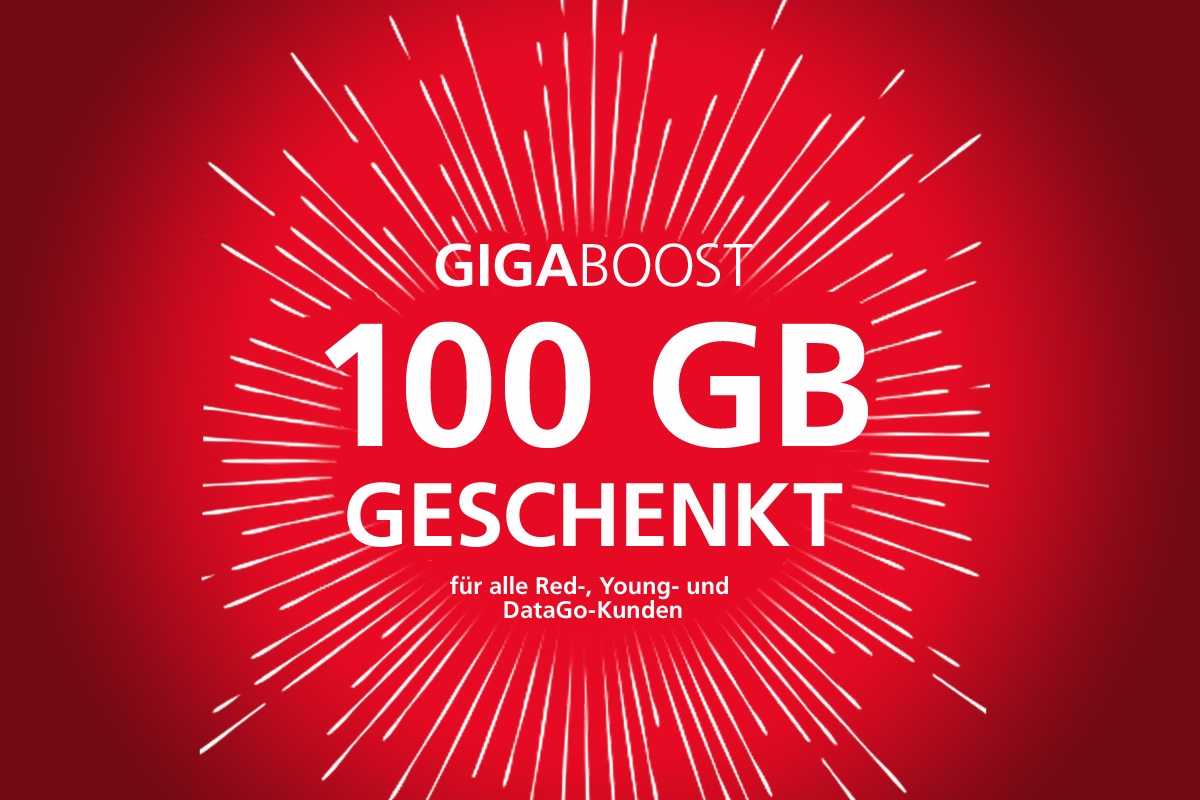 I was very lucky: About a month ago, Vodafone came around the corner with the idea to provide all private customers with 100 GB data volume, the so-called Gigaboost. Certainly not just out of good humor, certain ulterior motives were of course involved (I speculate: test of their own networks, data collection on the aspect of use, etc.). And since I was about to move from my old office at the Bachmühle to the new office at the Ideenwerkstatt, I cheered up, because: I would have no internet connection for about 4 weeks, as it had just been commissioned. A good opportunity to completely rely on Vodafone's 4G network for once. And so I used the data volume:

As I said: 100 GB I got on top of my 2.something GB on it. So I had about 102 GB at my disposal. A completely new feeling of freedom, unusually good.

The start with 100GB Vodafone Gigaboost

I was hesitant about it for the first few days. My Wi-Fi was always active when I was at home, so I didn't use any of my volume there. But since there are some rooms in our house that are not perfectly broadcast with WLAN, I turned off WLAN in the smartphone completely after only three days. No longer necessary. The upload rates are better over 4G anyway, even with my 120Gbit connection from Unitymedia. Since then, the videos on Facebook no longer faltered, because over Unitymedia I had previously always had the problem that videos were re-buffered after 10 seconds and did not run smoothly. With the Gigaboost, that was history.

At the gym in the evening, when I was on the treadmill, I zapped into Netflix. I listened to Spotify all day. On Dropbox, I deactivated the restriction "upload new photos only via WiFi". Actually, I only set it to 4G to see what I would need if I didn't have WiFi available. Because that's what I was after: Can you completely save the landline connection if you have 100 GB available via 4G?

Activation of the hotspot

Then came the day of the move and I was at least 9 hours really without wifi. Say, also my notebook had no connection. My printer and my NAS communicated with the router, but it was offline. I had to do something that the Gigaboost was not intended for on the part of Vodafone: use up my data volume via the hotspot. But hey - basically I had to do that to find out how much volume I really needed.

So for about 3.5 weeks I also did my daily business over 4G. Facebook, Youtube, just everything that came. Dropbox was constantly running and synchronized data, even my printer and the second PC in the office let the smartphone run hot. And me? I wondered. I wondered why the data volume wasn't gone faster than I thought.

After about half the time, I had arrived at a remaining volume of 91 GB. The freedom this gave me was immense, of course. Not just being able to access the music I had on my iPhone in the car. Downloading audiobooks from Audible mindlessly without waiting for wifi. Watching every Youtube video and downloading every Whatsapp video that just came under my fingers. It could stay that way.

The conclusion after the Gigaboost month

Today, however, the month is over (strangely enough, I got the 100 GB booked again - maybe it's true that Vodafone has extended it). And it was only just starting to be fun. I thank Vodafone for the experience, which makes me believe in a better mobile network and better tariffs. I smile at tariffs with 1.5 GB data volume. Why? Because it's not up to date. Of course, you can continue surfing after that, but actually - not. With Vodafone, I also had repeated short-term outages, so that the mobile phone only used the 3G data standard, occasionally even only Edge. But instead of surfing slowly, nothing worked at all. Could it be that in favour of the 4G network, the other standards are almost no longer running? That's how I imagine it when all the volume is used up. It's only a "flat" in theory. Nor is it a limited flat rate. Because a "limited flat" is a contradiction in terms.

So I hereby plead for the German mobile phone providers not to be charged such high licence fees for the frequencies. At the same time, I would like to see the resulting relief passed on to the end customer in the form of better tariffs, as is the case in other EU countries. 2GB data volume is ridiculous. Even 5GB is not enough if we want to go strong into the future. How much should it be? Well - I have reached the end of the test period with 84 GB remaining. In other words: I have used up 18 GB by using it intensively. So a perfect data tariff for me would start at 15 - 20 GB, and at costs like we already have now, of course. "Why do you need so much data?" someone may ask now? I need so much to do without a landline. Why pay for another DSL connection, a cable connection? That's another 30-60 euros a month you have to pay. It is clear to me that this is not in the interest of Telekom & Co. But anyone who thinks disruptively and constantly questions existing business models will come to the conclusion anyway that this step is inevitable. So: why not sooner rather than later?

If the reason of the Vodafone Gigaboost was to test the use of the immense data volume to derive better tariffs, then this is a right step. I hope we see more of it here in 2017 (!). Of course, I also begrudge all telecom and E-Plus/o2 users this experience. I hope this call is heard.

How did you actually use your 100 GB? Or did you even use them up?

CEO of Meminto GmbH, Freelance Web Consultant and Online Marketer for zählpixel.com I'm 100% geek and digital native, husband and father of three boys in the single digits. When I'm not working on projects, I'm a speaker at conferences and seminars. As a lecturer at the DHBW Mosbach and as a passionate member of a youth group, I like to surround myself with young people. My motto? "Work hard, stay humble." LinkedIn | Twitter | Facebook

My trip to India as a freelancer - an experience report 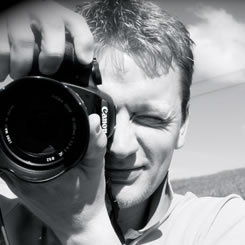 Back to top
Close